The World Health Organization estimates that depression will be the “leading cause of disease burden globally” by 2030.

Depression is a continuum. I’ve never experienced the depths of the true, clinical version, but I am well-versed in both the theory and the “practice” of mild to moderate depression, known technically as dysthymia. It dogged me for much of my 30s and 40s.

But by my late 40s, I started to emerge from the funk. At 61, I am quite honestly the most cheerful person I know. In other articles on this site, I go deeper into what powered this transformation (hints: nutrient-dense food including saturated fat, weight-bearing exercise and general life reorganization).

But for now, I want to stress what might be the most powerful intervention — one I take very seriously.

It is immersing myself in nature.

Many studies have shown that exposure to natural settings leads to relief from depression.1,2,3

But a new study suggests the exact brain mechanism that makes this happen.4

Perhaps the central hallmark of depression is rumination.

Yale psychologist Susan Nolen-Hoeksema defines it as “compulsively focused attention on the symptoms of one’s distress, and on its possible causes and consequences, as opposed to its solutions.”

Sounds right. I’ve been there. It’s just as much fun as it sounds.

The study by Stanford researchers discovered that subjects who strolled for 90 minutes in a grassy area with oak trees — as opposed to those who walked through a city — showed a marked difference in brain activity. 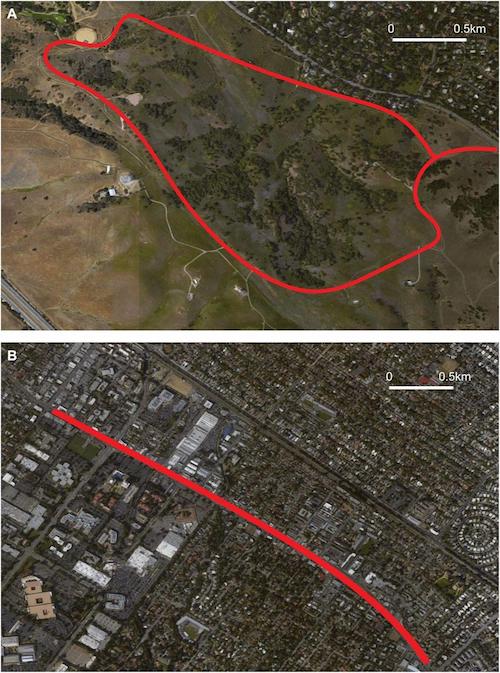 A walk in the woods and fields, above, quelled depressive rumination far more effectively than one through the traffic-snarled asphalt jungle, below.

Nature walkers had dramatically damped down activity in the subgenual prefrontal cortex — the part of the brain that goes into overdrive during self-reported periods of rumination.

“These results suggest that accessible natural areas may be vital for mental health in our rapidly urbanizing world,” said co-author Gretchen Daily.

There’s value in even small gestures, such as making sure your work area faces a window or decorating your home and office with plants.

But the healing really begins when you turn away from the screens and the endless hard-edged artificial environments that surround us and just walk in a natural setting — preferably with a friend, to offset that other major hazard of modern life: social isolation.

I live near a large park, and my wife, Laurie, and I stroll through it nearly every day.

And here’s the kicker…

This almost certainly matters more at this time of year as the days grow shorter and colder.

I can’t say this too strongly: Pulling nature into your life is not a luxury or affectation. It is fundamental to mental health.

Letter from a fan

The Worst Kind of Milk